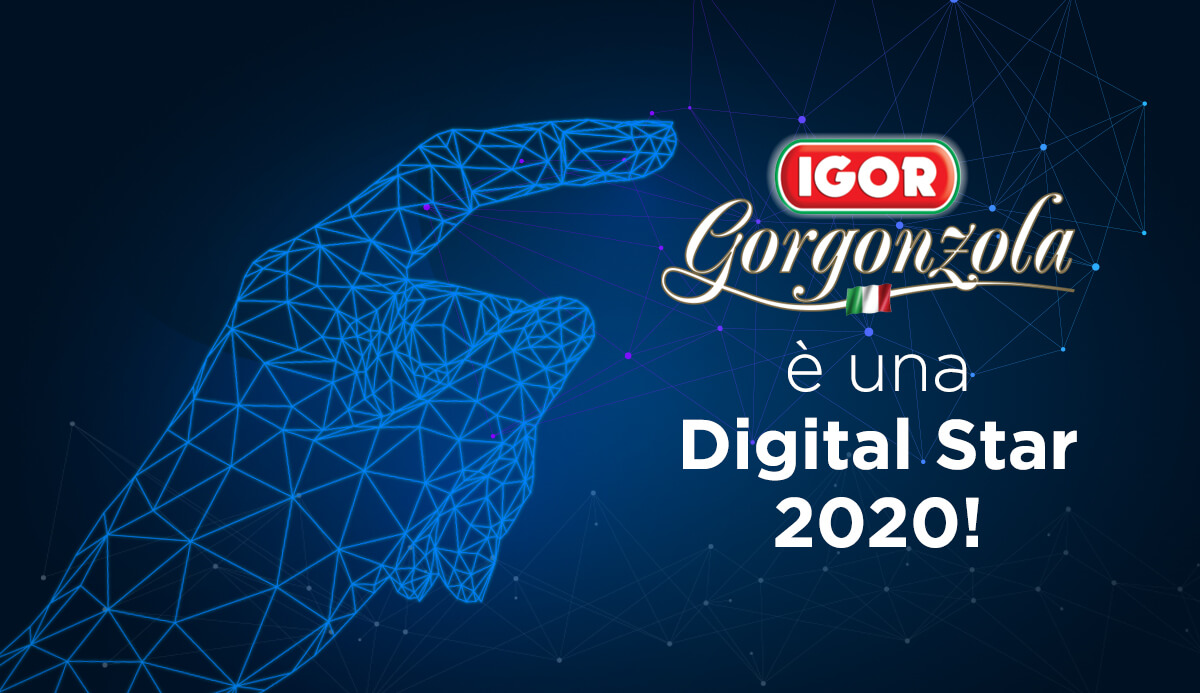 IGOR Gorgonzola is a Digital Star 2020

A new important acknowledgement to IGOR Gorgonzola, which has managed to build a solid trust with its consumers, using the tools of the "digital revolution".

The German Quality and Finance Institute, which belongs to the Burda Media group, in collaboration with the Business and Finance group of the newspaper La Repubblica, published a study on the Italian companies which have been able to exploit the digitalization potential to interact with the customers, creating a positive and important “feeling”.

The research has analyzed data from 438 million online sources, among them websites, social media, information portals, video platforms and so on, for 12 months. The artificial intelligence software has allowed to create a system of “social listening”, that is able to evaluate the quality of the collected data and their “nuance” (positive, negative, neutral).

The analysis of these data has allowed to draw up a ranking, divided by product sectors, of the best 350 Italian companies most positively quoted with reference to digitalization, technology and innovation: the Digital Stars 2020. Not only became IGOR Gorgonzola part of this small group, but it also ranked first in the dairy sector with the highest possible score.

This is an important reward for IGOR Gorgonzola, which believes in the digitalization as an important tool to create a direct and worthy relationship with its consumers.

Read the article on Affari & Finanza