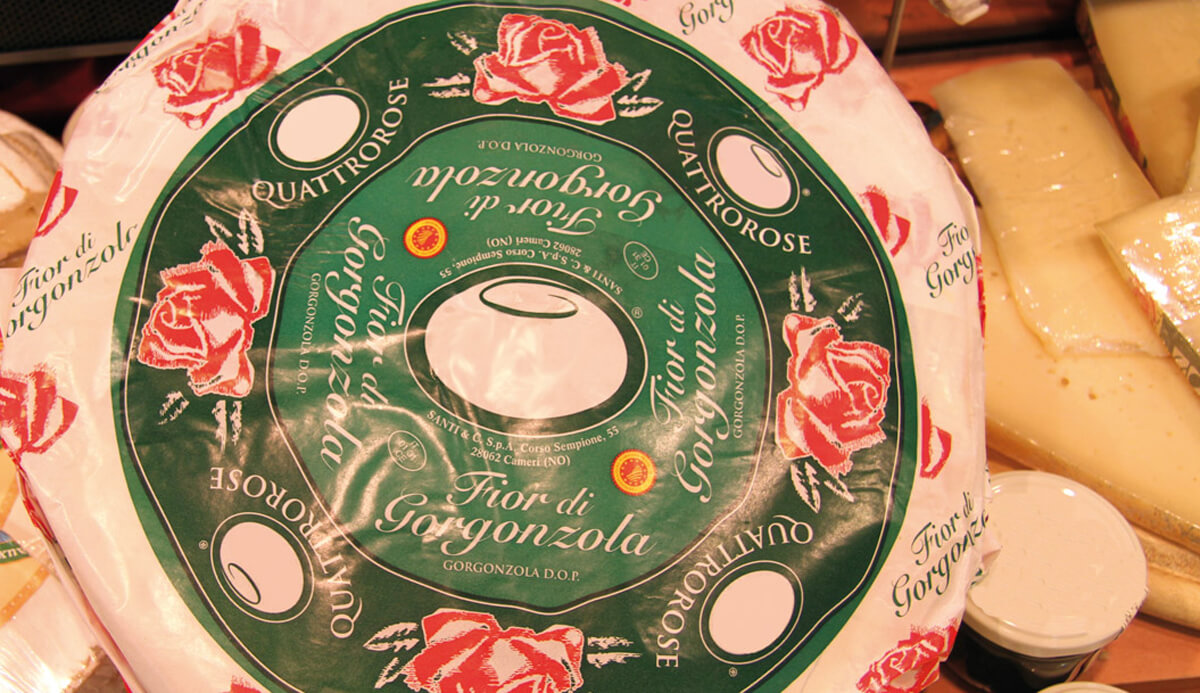 IGOR GORGONZOLA, a leading company in the production of PDO Gorgonzola cheese, has acquired the historical SANTI Spa brands, that had been auctioned after the bankruptcy of the company on 28th October 2014. The Leonardi family, the sole owner of the IGOR group, carried out this important operation to bring back to the market a historical name for the Gorgonzola cheese sector.

The object of the acquisition has been a series of brands headed by the famous QUATTROROSE. “The Santi Gorgonzola cheese brand will be produced with the same high quality milk, the same recipe and the same artisan production method that used Santi Spa" explains Fabio Leonardi, CEO of the IGOR group.

This PREMIUM Gorgonzola cheese will be produced in the artisan dairies belonging to the IGOR group: PAL, located in PRATO SESIA, at the foot of Monte Rosa mountain; CLIN, located in Cameriano, also this one a historic dairy.
"An important acquisition, the SANTI brands" continues FABIO LEONARDI "strongly desired by me and my family. We are very happy to bring back to the market the brands of a company like Santi which made the history of Gorgonzola cheese. In fact, the company was founded in 1898 and settled in Novara in 1930 where it had grown and had become a historical sign on National and European markets".